For single family homes, Q4 activity also increased, bringing sales to a level 5% higher than last year’s fourth quarter. Overall 2017 activity was 2% above 2016. Renewed buyer enthusiasm was particularly notable in October and November across all price ranges (with the typical seasonal slowdown in December). As with condo inventory, the same dismal for-sale inventory levels that characterized most of 2017 persisted — especially for affordable homes.

Looking Forward: Strong housing fundamentals and the Bay Area’s economic growth will continue to feed buyer demand. Early year’s homebuyer traffic reports suggest that the first quarter will carry over renewed momentum in San Francisco housing markets despite some trepidation over the impacts of the tax reform.

Condo Prices are up 17.1% in South Beach

2017 was a great year for real estate in our neighborhood!  Sellers sold their properties for the highest market value waiting out their sale for a higher price per square foot.  This resulted in a higher number of days on market.  We saw condos selling between $1,200 sq. ft and $1,780 sq. ft. 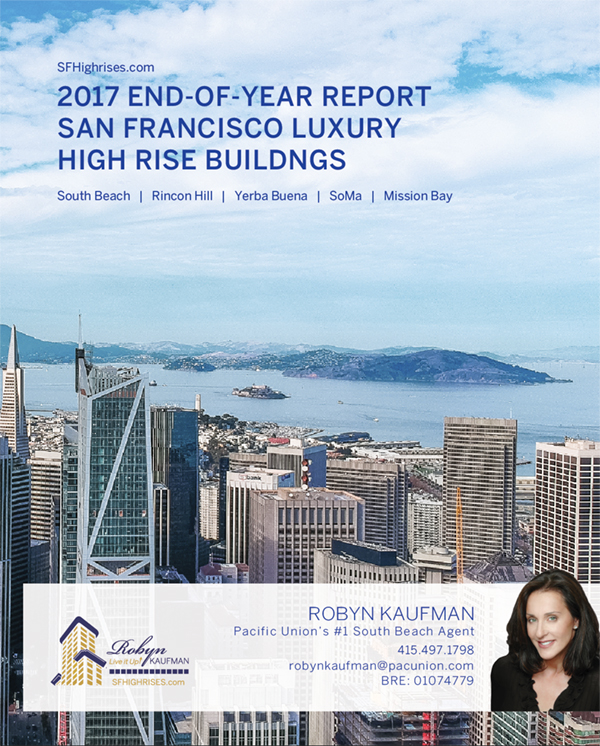